carbonzerozone in LeoFinance • 14 days ago The Comdex ecosystem keeps growing and growing despite the cryptocurrency markets being in the gutter. They are really transforming the original idea of democratizing global finance markets for all, to being prime DEFI infrastructure layer for the Cosmos ecosystem.

Today, we are wanting to take a look at the latest project announcement that is coming to the Comdex blockchain, Commodo! The Commodo team put out an introduction post on Medium that we used to reference the information in this post. If you want to take a look at the original post, you can do so here. They get a bit more technical in this post, and we are here to break it down for you!

Commodo is a new lending and borrowing platform coming to the Comdex blockchain that is IBC native and will be able to work with other IBC connected assets in the Cosmos SDK ecosystem. It utilizes the already existing lending features that Comdex is building into their cAssets platform, so all they have to add is the borrow functionality!

The primary use of the platform will be to create a stable and liquid form of passive income for IBC asset holders. There are plans in the future to add bridges, synthetic assets, and more to the platform, utilizing all aspects of the Comdex ecosystem.

The process is pretty straight forward and follows the same model as other lending platforms like Compound Finance and Aave that are on Ethereum, and Venus protocol on BSC. Users will be able to lend assets to the protocol, allowing them to earn interest from people that borrow from the protocol. They can also then in turn borrow against their own assets! This basically allows people to create their own crypto based credit lines freeing them from the banks and credit companies! Talking about being your own bank!

Current Assets That Can Be Used

As of now, the protocol uses two bridged assets, $ATOM and the new $CMST stablecoin, also on the Comdex blockchain. You can see our post on the Composite stablecoin ecosystem here. $ATOM was choses to help add utility to the token and to help expand the use in the ecosystem.

Why These Assets Were Really Chosen - Security

I really can't say it any better than the team can so according to the Comdex introduction post:

By limiting the pairings to the bridged assets, the platform allows for a single lending pair for each individual token. This allows it to concentrate the liquidity that users provide instead of fragmenting it into dozens of different pools. Simultaneously, this feature provides deeper liquidity for every lending pair, as it shields users from liquidity dilution.

Regarding security, since the pools are isolated and in fewer numbers, risks are equally reduced. All transactions are routed through the same bridge asset (in this case, $CMST or $ATOM), implying that only the bridge assets require trust.

So basically, in the case one of the paired tokens is compromised, only the pool of this particular token will be affected, effectively isolating the risks to a single lending pool. This isolated money market feature allows the platform to benefit from high security by design.

In a nutshell, the Comdex team is on fire and Commodo is just another stepping stone in the ever expansion of the ecosystem. They are not just wanting to be another app specific blockchain with a single DEX or app built on top, they are building an entire financial system on their own layer 1, IBC connected blockchain! This is just a quick introduction to hit the finer points of the Commodo protocol that is coming soon! For more details, you can visit the blog post from the team.

We are extremely excited to be supporting the Comdex blockchain by being hard working validators for both the testnet and mainnet chains! We aim, going forward, to only work with solid viable blockchains and teams. We want to support true use case and support chains like Comdex that are trying to make a real difference in this world! Don't forget by delegating to our validator node, you not only earn staking rewards, but a portion of our commissions go to help save the planet by donating to Ecologi!

Make sure you are following us on Twitter and now you can find us posting on Hive and Leofinace for all the latest updates on Comdex and the other blockchains we support in the Cosmos ecosystem!

Stake your $CMDX, $ROWAN, $HUAHUA, $CRBRUS, and $NOM with carbonZERO using our Restake app! You can also visit the Staking page on Coin Logic and click the chain you want to delegate and it will take you directly to our delegation page! 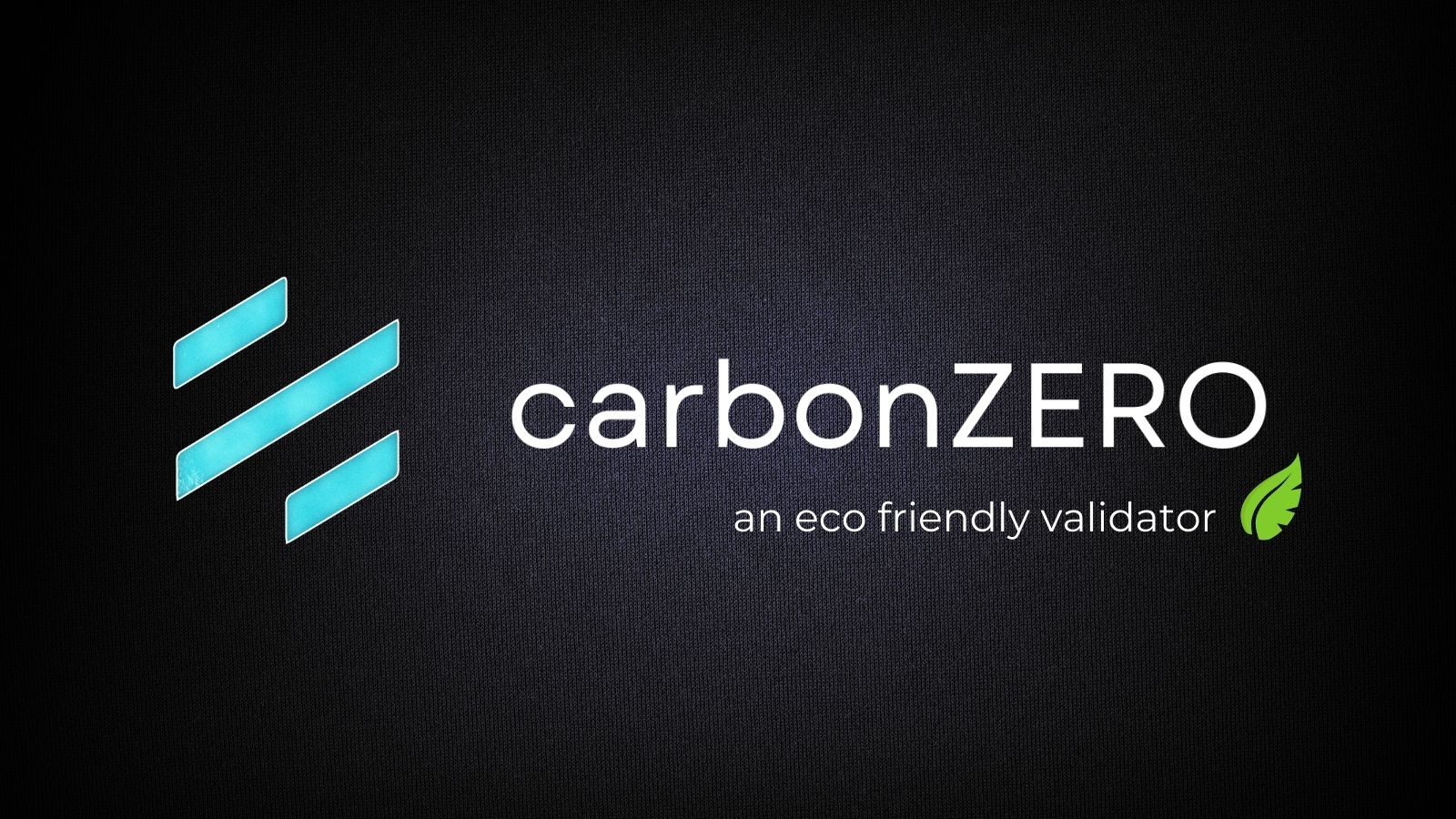 COMDEX really is looking like the best project to buy into at these low prices. The development and announcements just keep on coming. I think it could be a big one.

Yeah they are really working hard at expanding their ecosystem. Hope they can pull it all off. They are also very active with their community and validators, really unlike any other project in the Cosmos space I have seen.

Commodo will be an interesting use case built on Comdex. I'm looking forward to playing some strategies with this.

Just one play I am thinking of.

Dude that is a solid strategy... I like it, may steal it, lol

Haha, steal away - but NFA, I don't know if it will work.

I did expand this thought process out into a post of its own.

Next thing for me to research is to look into if I can learn enough to run a validator of my own. Not very technical, but will research. I know bare-metal is the gold standard, but pretty sure I'm not capable of that. Thinking of running on Akash, but gotta learn a lot more first.

Should look into running an Akash node on Akash network!

Submit
0.00 HUSTLER
Reply
[-]
poshtoken  14 days ago
The rewards earned on this comment will go directly to the people(@carbonzerozone) sharing the post on Twitter as long as they are registered with @poshtoken. Sign up at https://hiveposh.com.
100%
-100%